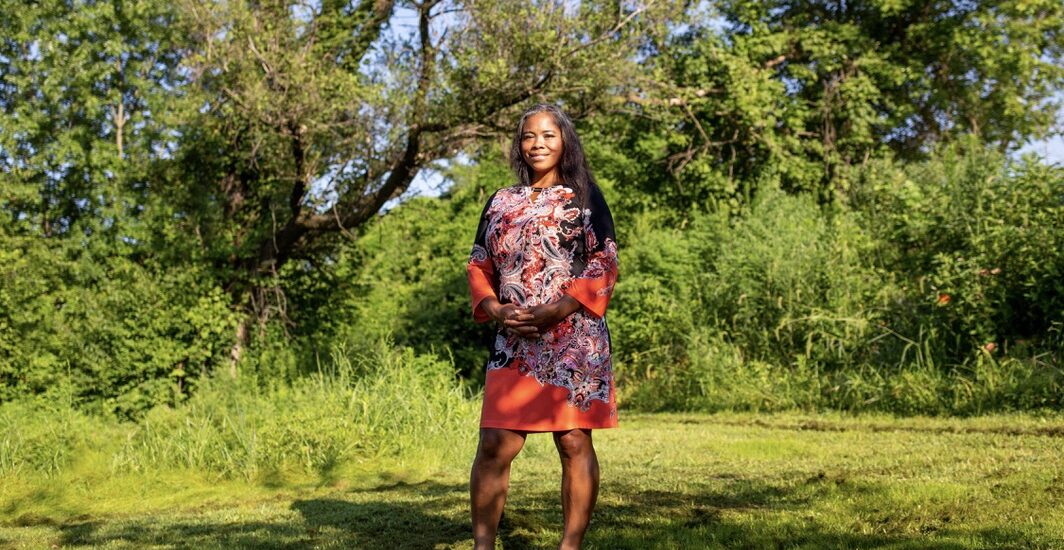 As the founder of Rustic Roots Sanctuary and GROW Spanish Lake, Janett Lewis is constantly drawing from her eclectic past as she works for holistic healing in North County.

Janett grew up in Atlanta, but it was to her grandfather’s 163 acre plantation in rural Georgia, near Augusta, that she felt most connected. Her father had grown up on that farm, and that’s where she probably first came to love the outdoors—a love that propelled her toward a position at a Waldorf School in Georgia, “where everything revolves around nature.”
From the Waldorf school, Janett moved to California to study and practice holistic medicine. At the time, inspired by an appreciation for massage therapy, her mission was “to travel around the world and learn different cultural modalities of body work.” That mission took her from the Hawaiian islands, to Thailand, to a 35-ft sloop sailboat in Florida, and back to California, where she settled in San Diego.
All those myriad experiences compounded over a lifetime are made manifest in Janett’s two great passions today: an understanding of the healing power of nature, and a desire to do good.
When Janett first purchased property in Spanish Lake, she was working as a real estate broker in southern California. “I came here as a business decision… When I got here, there was so much more to St. Louis than I ever expected.” So she decided to “stay and make a change, because it’s too beautiful and the people are so amazing.”
One of the ways in which Janett made an immediate impact on Spanish Lake was by co-purchasing the property next to her home, which had become a problem property in the neighborhood, and converting it into a Gateway Greening Network community garden.
After cementing herself as a neighborhood leader and caretaker through her efforts with the garden, she joined the Spanish Lake Community Development Corporation, of which she was recently named the chair of the board. In that capacity, she is working to revitalize the unincorporated area through redevelopment efforts such as the Bellefontaine Corridor Plan and supporting the St. Louis Zoo WildCare Park which is moving into the old Pipefitters Union in Spanish Lake.

of which she is the Founder and Executive Director. Though the sanctuary was just finding its footing when COVID came around, Janett is optimistic that she can use this time to develop programs to touch on all of her passions—from sustainability to community development to youth engagement.
“What we want to do here is not only help make food for the community, but also teach sustainability. We will launch a youth outreach program where youths can come, and instead of going to getting into trouble, they can get their hands in the dirt and start doing something productive. We started a senior outreach program that helps feed people that are home-bound.”
In each of her key roles in Spanish Lake, Janett Lewis is drawing from her lifetime of experience in, essentially, making people feel better.
“That has become my mission here: to create a healing space in Spanish Lake that brings the community together and gives access to healthy, fresh foods.”